A common trait to gifted and focused up-and-comers in the music industry is a normally undocumented time stretch of underground work, trials-and-errors, near-rises-often-falls, repeated adjustment to plans, slowly clarified vision and a heated preparation for stardom. For most, this period shapes not only their grind team and industry network based on common interests, alignment in purpose and loyalty, but also their art, sound, brand definition, their first and most loyal crop of fan base, and ultimately their direction and lives.

Prior to 2017, Beambo Taylor was in this situation, but the year saw her hard work in the underground get rewarded with media and fan attention in a steady upward climb, which (coupled with coveted nods from industry heavyweights, 9ice particularly included) earned her the new, affectionate  moniker, “The  New Girl” on social and print media. She has become increasingly engaged and busy on schedule with more media appearances, a slew of shows and more importantly, the release of “G-Bois”, an interestingly brash remake of American rapper Cardi B’s Billboard #1 single “Bodak Yellow”, the rave acceptance of which saw her grinding steadily on with more determination to join the ranks of other female hip hop super stars in mainstream Nigerian music.

However, when ‘Deola caught up with her for a chat, Taylor was able to make some girl time during which she sheds some more light on her background, style, influences and future plans.

A model, actress, lyricist and a rapper, my name is Adeniran Abimbola Ajibola. Also known as Beambo Taylor, Taylor-ti-ko-ni-Machine.

What is your musical background and why rap?

From secondary school, I started dropping freestyles on Instagram and people started motivating me. Big shout out to Ola Dips, he reposted one of my videos and that motivated me the more! And why rap? I have been listening to the likes of Tupac, Reminisce, Olamide and all. Then I’m always like I can do this if they can do it.

How have you been faring in rap music, which is widely considered a male dominated world?

It’s been amazing, it’s the Grace of GOD to have come this far. We don’t have a lot of females doing this right now, so I’m really proud of myself for being able to doing what I do.

Right now, how would you rate the Rap/Hip-Hop genre in Nigerian music?

It’s getting better; we are here to change the game.

How would you describe your own style of music?

My own kind of music is nourishing. I do indigenous rap, I also sing so don’t be surprised when you see me do R&B or Reggae.

And how has been the reception of your music so far?

It’s been amazing; it’s as if people are hungry for my song.

Some people may have felt you’re imitating Mz Kiss, what’s your reaction?

No! They think so because we both do indigenous rap!

So what are your peculiarities as an artiste?

My looks, my style, my voice and my sound.

Musically, what are your biggest influences and who are your favorite musicians?

What are the main inspirations for the lyrics you write?

My environment. It could be a word from a movie, your dress sense, anything.

How well do you relate with other artistes?

I’m the playful type, I love to meet people.

Have you performed alongside some big artistes? How does that feel?

Yes! 9ice. It was an awesome feeling, like my soul left my body.

Who would Beambo otherwise be if she’s wasn’t rapping?

I would be a presenter or an actor.

You’re amassing more attention from male fans now. How do you handle the pressure?

GOD, wisdom. I try my best to balance everything by keeping it on a friendship level, without being rude or hurting anyone’s feelings.

Some words for your fans?

ADEBOLA WILLIAMS, TOYOSI AKERELE-OGUNSIJI, BOLANLE OLUKANNI, OTHERS TO SPEAK AT THE SECOND EDITION OF HANDLE IT AFRICA CONFERENCE 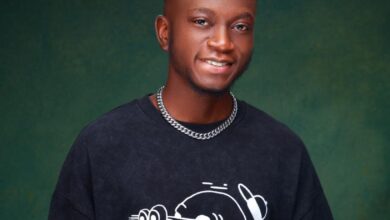 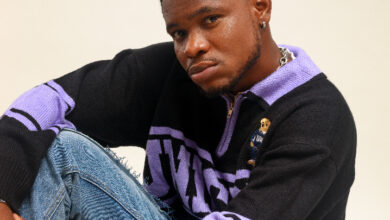 Everyone is Badt in their own Unique Way-Simpu