Tell us about yourself?

My name is Olowojoba Segun David popularly known as David Operah, I’m from Ondo state and I’m a music artiste, I’ve featured in some TV reality shows in the past few years like Nigeria idol season 5, Mtn Project Fame Season 7, The Voice Nigeria Season 1 and others.

How would you describe your kind of music?

How long have you been doing music?

So far, how has been the reception of your music?

It’s been wonderful, from the reality shows that I have featured on; people have been showing me love. The few music that I’ve put out there people appreciated it and I’ve been able to draw energy from their appreciations.

Have you been doing your songs alone, or you’ve featured other artistes?

I currently just released a song and shot a video with the music comedian KennybBlaq titled STORY. It’s available on every digital platform

How have you been able to develop your career?

When I made up my mind that I wanted to do music professionally, I didn’t have the resources to put myself out there as a proper artiste, so that’s the reason why I had to feature in so many reality shows to at least have a little bit of platform and following. When I gained the following from the reality shows that I went on, I started pushing my music and trying to curve a niche for myself in the industry and have an audience of my own, I’m still working on it, I’ve not gotten there yet.

Do you play any musical instrument?

What are you working on currently?

What are the challenges you face as artiste?

The default challenges that every artistes face everyday of their life is that, it gets to a point when you can’t actually live the life you want to live because of expectations, you wouldn’t want to live below expectations as an artiste unlike the normal random guy who is not concerned about who’s looking at him or talking about him. But as an artist you have to be conscious of who is watching, the attitude you put out there because it could actually be a stigma if something happens by mistake, they won’t say it’s a mistake, they’d say that’s how he or she is. You have to be extra careful; it’s not easy to keep up as an artiste.

Do you believe in public stunt to be famous?

I don’t believe in it because they are staged and in situations like that, you can’t actually keep up just like the rules of lying, when you tell a lie, you have to tell so many other lies to cover up for that lie and there’s no how you can be so smooth that you’ll keep up for years especially now we have the internet, the internet is going to dig out your dirt because there’s no how you’re not going to leave traces.

Who are the artistes you look up to?

I look up to every good artiste but in the Nigeria industry, I look up to Timi Dakolo, Cobhams Asuquo, 2baba and in the Western world, Chris Brown and a whole lot of them

What’s next for you?

My event Stokes and Fire coming up real soon and also good stuffs from me basically.

Tell us about Stokes and Fire?

I did more like a test run, it was my first ever event. I didn’t expect the turn up, it was massive because the room was filled up and I felt so loved and appreciated, gave me that courage to want to do more. So, watch out for Stokes and fire.

One word for your fans?

I wouldn’t call them my fans, I’ll call them my friends because true friends are the ones who stand by you in the very tensed time, these people stood by me all the way from star quest, peak talent hunt, Nigerian Idol, project fame, mtn project fame and now to the world and they are still with me. I love you guys so much, keep supporting me, keep encouraging me and praying for me.

WHAT’S NOT TO LOVE ABOUT KENNYBLAQ? 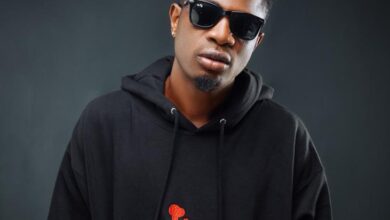