Mizzle, born Temitayo Anifowoshe Michael is a Lagos based Nigeria Afrobeats singer and producer who was was discovered by Mr. Eazi during his Empawa 30 programme.

In an interview with Simple TV, he talked about his experience while at Empawa 30 and his recently released EP “In The Dark” featuring Wande Coal, Oxlade, Sarz and Niniola.

Read excerpts from the interview below;

What was the Empawa 30 experience like for you and how much influence do you think it has had on your career?

What empawa does is they pick talented artistes that haven’t really done anything before and then they sponsor a video for one of their songs. When I was in the programme I got a video for one of the songs I did “Hands on you”. Basically, the aim is to shoot you out there and then support you with one song and then you have to make your way with the opportunity that comes. I mean it was a good experience but ultimately what really brought attention to my music and me were the videos I put out on Tiktok, which trended.

Tell us the idea behind the videos you put out. Was it out of fun or a medium for exposure?

The process of making those Tiktok videos was fun but the aim wasn’t just to have fun, the intent was to bring attention to my social media and grow everything online and eventually turn those people that come into listeners of my music.

On your EP “In The Dark,” were you at any point heartbroken, in love or probably confused?

Yes, at some point. I’ve been heartbroken, not literally heartbroken though, confused and in love before. It’ll be crazy if I’ve never been in love. You know that feeling when like somebody and you’re not sure if the person likes you back – confused. This was an inspiration that was channeled into writing one of the songs on the project “Mixed Signals”. I don’t think of myself actively as a sexual enthusiast but the song just inspired that feeling of me so I guess maybe it says there’s something like that inside me.

Why did you decide to call your fans “Misfits”?

Because they’re very troublesome. Like when we did the Tiktok videos, the one with Wande Coal and Oxlade, they were literally threatening me, so I was like wow, my fans are very aggressive. Though its sweet music, like they’re all cool people but they’re also very passionate so that’s why I call them misfits, because they are rebels.

Everyone is Badt in their own Unique Way-Simpu 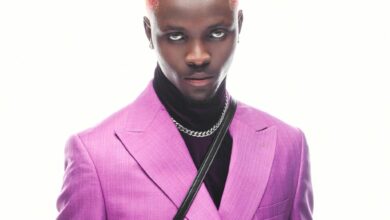