The EP “Realms” arrives with a total of seven tracks, including a remix of “Again” featuring Wale and was released through Screwface’s Starstruck Management and EMPIRE. Wande Coal is also joined by the likes of influential Nigerian producer Sarz, known for his work with Wizkid, Beyoncé and Drake, and by London’s Lekaa Beats on “Check.” 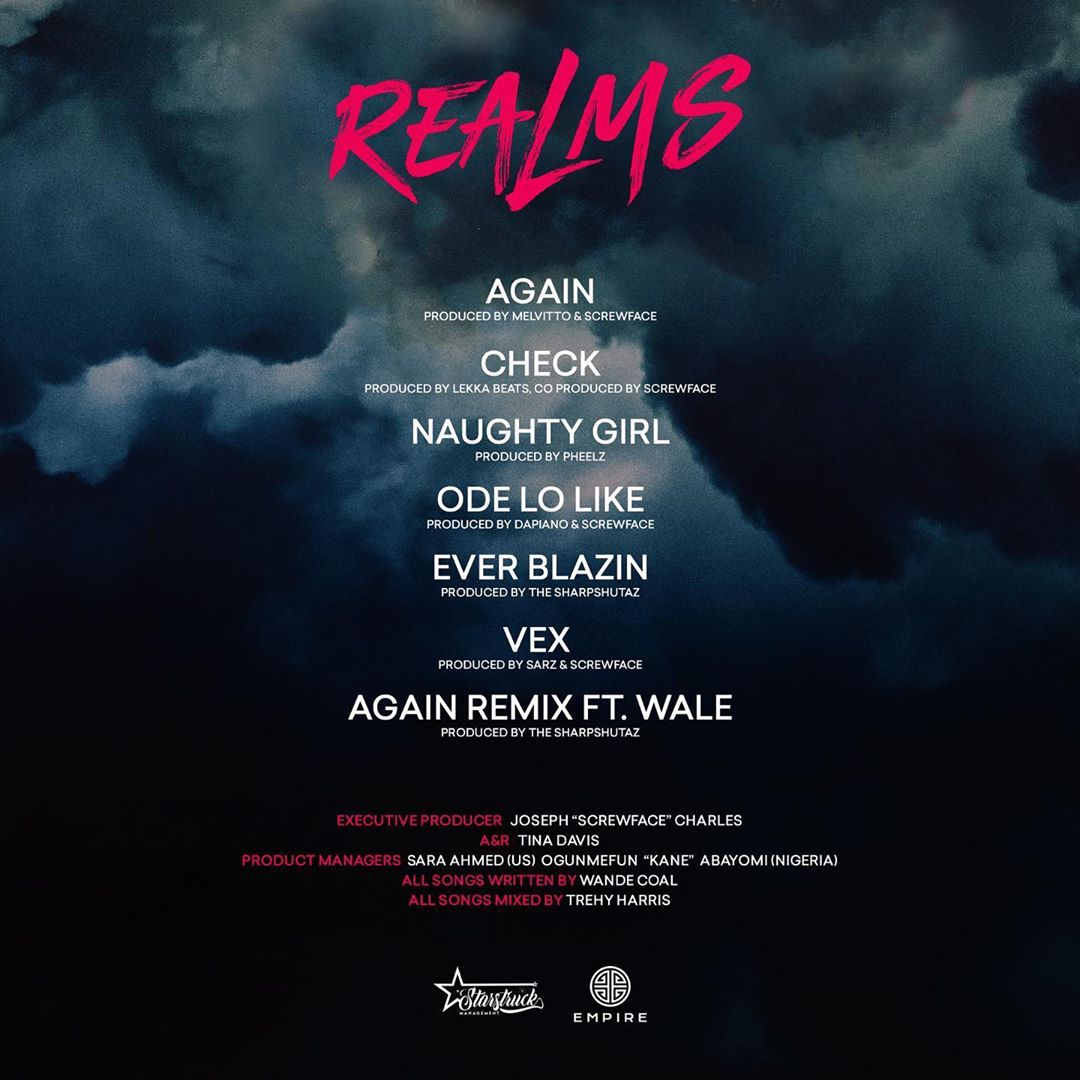 The Nigerian music icon offers club bangers, car anthems and catchy pop hits all in a span of 20 minutes, exemplifying his versatility and musicality.

“Wande has been the secret sauce behind every star we love from Africa,” Tina Davis, head of A&R for EMPIRE, said in a statement. “It’s time we (America and abroad) know his name and his talent. Wande Coal is a true star and incredibly talented writer as well.”