She been on the gospel music scene for quite a while now and she is unarguably one of Nigeria’s most successful gospel artists.

This is all thanks to her unique sound and back-to-back hit songs, which has led her to become the first African to top the Billboard Christian Songwriters Chart.

But it was Leeland’s Waymaker (Live) that shot the song into Billboard Top 10 hits. Another version of the song by Michael W. Smith featuring Vanessa Campagna and Madelyn Berry also lit up the charts. 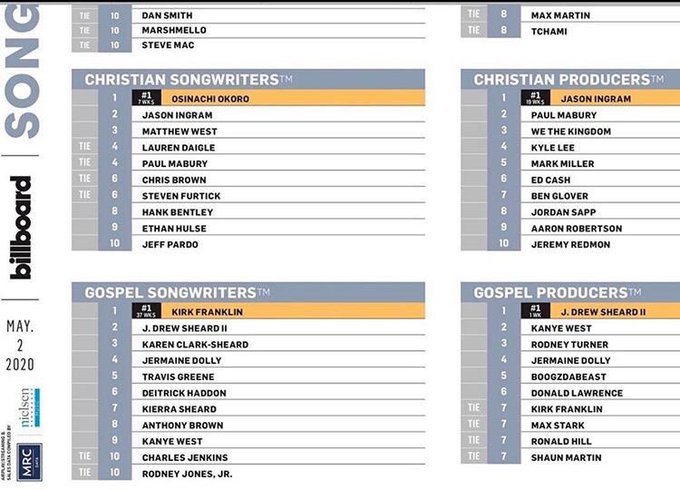 TIWA SAVAGE’S HINT US ABOUT HER UPCOMING ALBUM "CELIA"