While Nigerian R&B genius Jasën Blu has not been at his swiftest or most frequent when it comes to releases, with his oft-announced debut album “Soulwave” experiencing numerous push-backs and delays in the releases of promotional singles, one undeniable factor that solidly maintains his promises is the consistency in the quality and weight of the singles when they do drop. Having made world-class statements over the years with a few unofficial releases and two official retail singles, “Already” (2017) which did impressive numbers and made Top 20 on several radio charts, and “Brown Shuga” (2019) which also did remarkably well especially internationally, gaining Blu some foothold in Japan where the record is, as at the time of this writing, the most streamed worldwide, he makes an equally impressive continuum with his new new-wave Funk record, “Love Or Nothin'” which hit digital stores worldwide on the 4th of April, despite a worldwide lockdown due to the corona virus pandemic.

Explaining the time constrain that has affected his work rate music-wise since “Brown Shuga” in June 2019, he reveals a bit about his film composition work via his production company SoundQraft LLC, which has picked up considerably in the past year. “In 2018 I did seven films. Two features films, three shorts, one television series and one animated movie precisely,” said Blu in a chat. “Following year 2019 I did five features, and three shorts. This year alone I’ve done two feature films and two television series with a lot more in the works. It gets really busy on a day to day and really, really encroaches on my time. Sometimes I get physically exhausted for days. I had really crazy burn-outs twice during that period. But it’s a growth I’ve aspired to attain for a while so I can’t complain. Now I have the advantage of the fact that the album has been done so besides mastering fine-tunes and promotional setups, I don’t have a whole lot to do but even that becomes difficult at times. But I’m focused on striking a balance that favors every aspect of my creativity.” 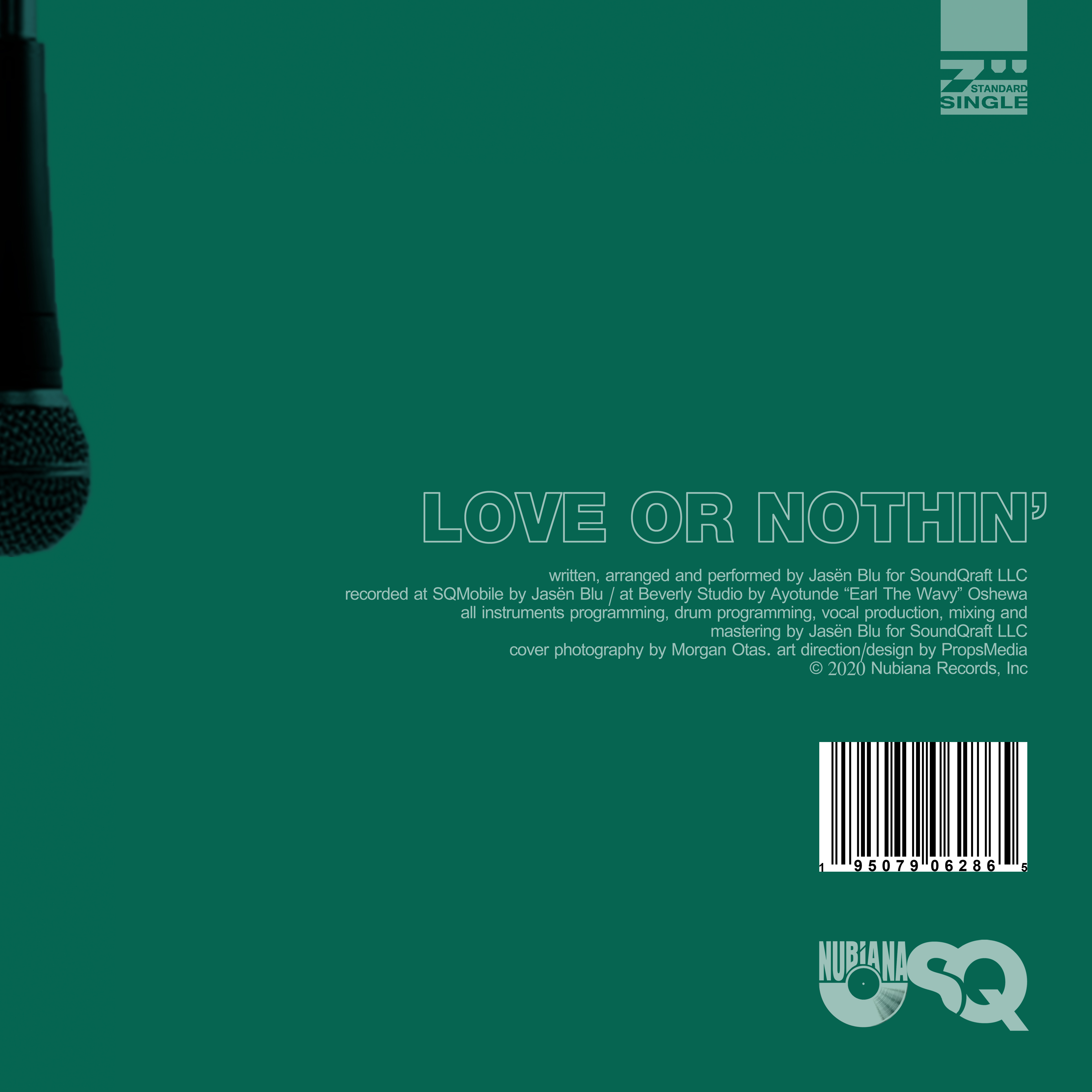 This funky new record “Love Or Nothin‘” is the second official single off Blu’s impending debut album, Soulwave. Blu revealed it was conceived early 2016 and was intended for the year’s Valentine’s Day release, but was later kept for the album. “I came up with the initial instrumental, wrote the first verse and stayed on the vibe for a few days,” said Blu. “Then I decided I want it on the album instead. I didn’t write the second verse till late 2017 when “Already” was out and I’ve started putting choice records together for the album. I completed the song in traffic one afternoon in Lagos. I was on a BRT heading to Ajah when the second verse hit, so I put it down and recorded the song not long after that.”

MUSIC IN THE DIGITAL AGE: THE BATTLE FOR ATTENTION